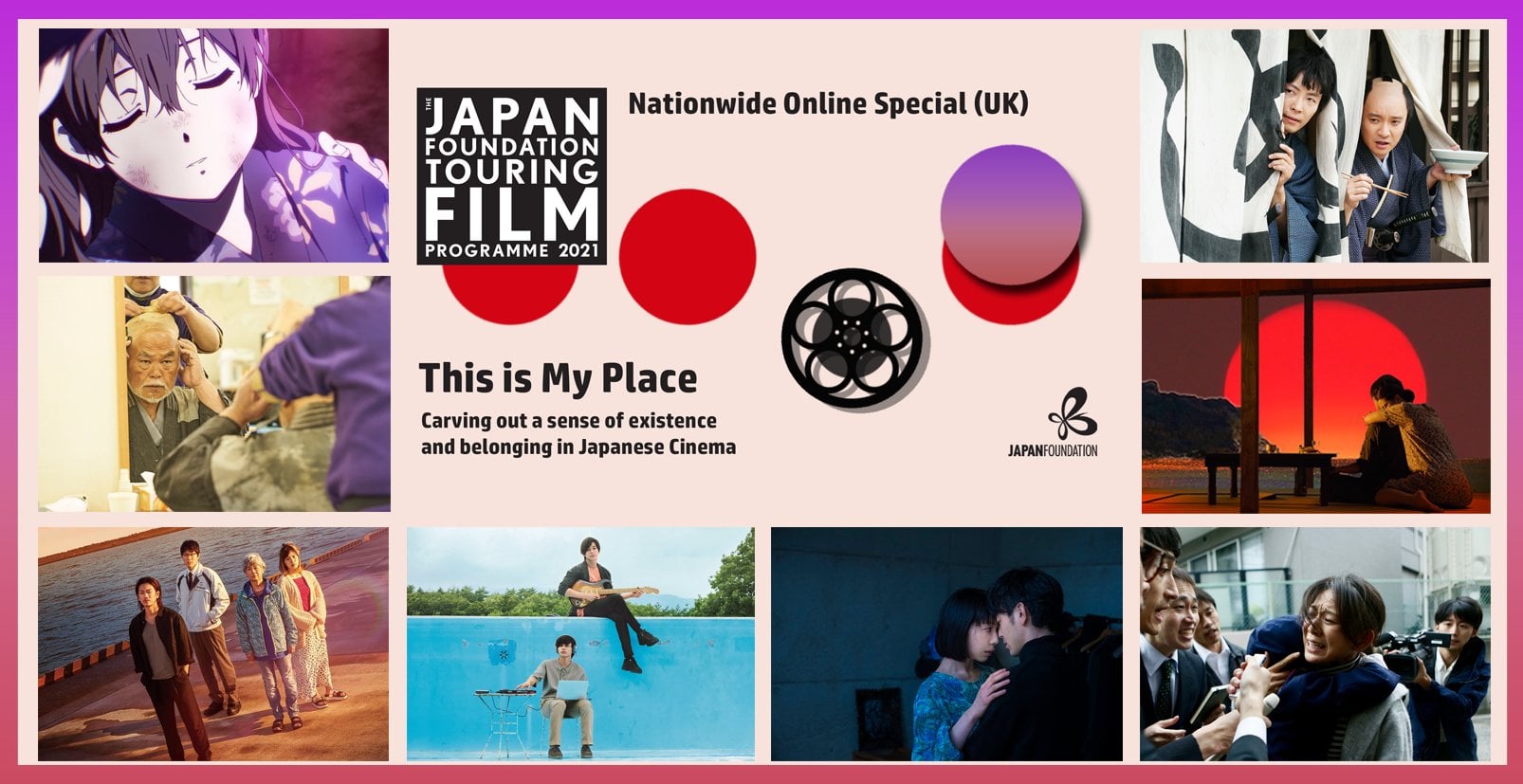 For the first time ever, UK’s largest festival dedicated to Japanese cinema…

For the first time ever, UK’s largest festival dedicated to Japanese cinema – the Japan Foundation Touring Film Programme – goes online, offering 18 screenings which are free to UK viewers in February and March!

Check out the full programme and make your FREE bookings here

Everybody wants to be part of something, no matter what you do or who you are. The sense of acceptance and connection is a powerful emotion felt by humankind which can provide security as well as comfort, yet in the modern world where our way of living has become diverse and more complicated than ever, establishing a solid grounding and a sense of belonging can be difficult to attain. Every so often the world we thought we belonged collapses or reveals itself to be a mirage, to be replaced by an altogether different reality. Simply put, we can find ourselves in captivating yet uncertain environments. But what is it that people mean when they say ‘my place’; when they refer to their sense of existence and belonging?

With this question in mind, the Japan Foundation Touring Film Programme 2021 has curated 18 Japanese titles which attempt to tackle these topics in different landscapes.

Mrs Noisy, directed by emerging female creator, AMANO Chihiro, is a light comedy which revolves around a dispute between neighbours with the noise of “futon bashing” serving as a catalyst – a setting truly unique to Japanese culture. Focusing on a family of offenders, A Girl Missing is a powerful example of how Japanese societal conformity can be a detrimental influence upon the life of individuals. There is also Labyrinth of Cinema, the final work of the great master OBAYASHI Nobuhiko produced before his untimely death, where he questions the position of humankind, reminding us that there is no place for glorifying war.

From comedies to crime themes, period dramas to films centring on LGBT issues, the Japan Foundation Touring Film Programme 2021 will explore the universal and perpetual issues existing in society, with an assortment of narratives shedding light on people from different walks of life. The programme showcases voices belonging to a diverse group of filmmakers, including internationally recognised directors as well as emerging talent, all representing different styles and forms.

The Japan Foundation Touring Film Programme will offer something for everyone, wherever you may be in the UK.