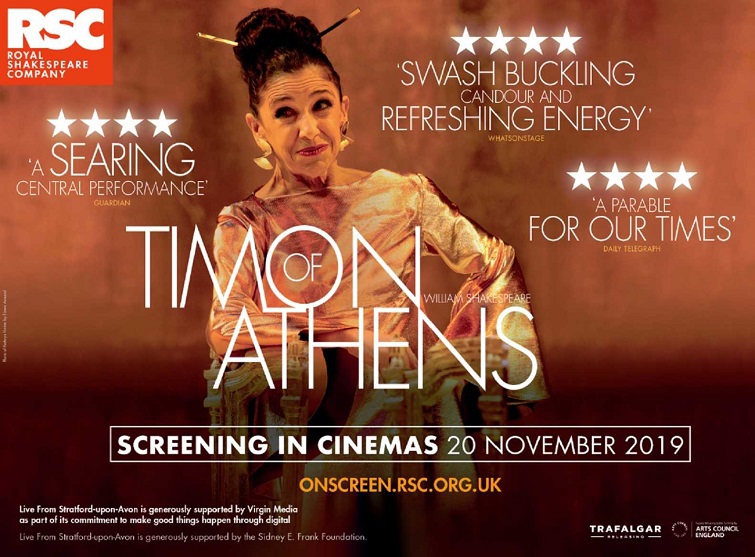 RSC production of Timon of Athens.

Directed by Simon Godwin, Kathryn Hunter stars in the lead role, captured live at the Swan Theatre in Stratford-on-Avon.

In a world driven by greed, what do we truly value? Timon has it all – money, influence, friends. But when the money runs out, Timon soon finds her influence and friends have also gone. Left alone, she flees Athens to take refuge in the woods, cursing the city she once loved. Featuring a “searing central performance” (Guardian) from award-winning actor, Kathryn Hunter, Timon of Athens is a glittering and biting satire on whether money truly buys happiness.

‘Kathryn Hunter is hypnotic in this gender-switched tragedy’ – The Telegraph * * * *