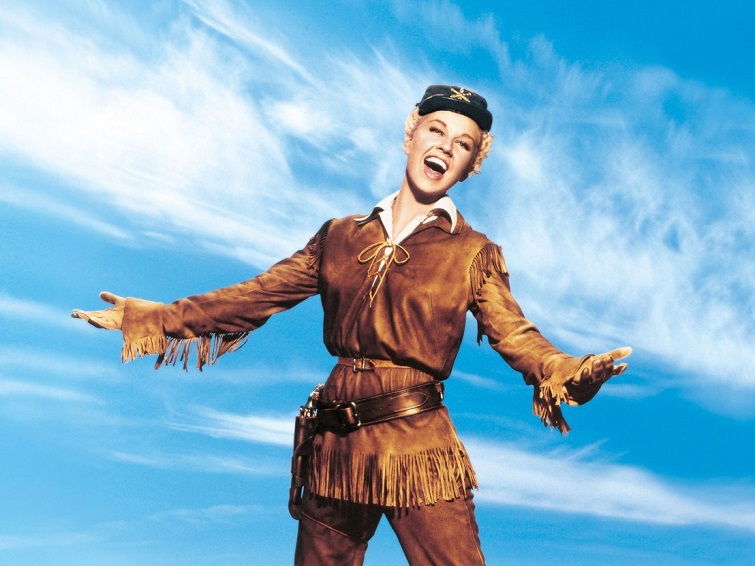 Doris Day stars as spirited Calamity Jane in David Butler’s wonderfully rambunctious musical, riding into Deadwood in the lawless west. She’s as hardy, boastful and handy with a gun as any man; but may have met her match when she brings a new friend, a glamorous singing star from Chicago into her Deadwood saloon. Realising she has a love rival for the attentions of a handsome army lieutenant, she begins to wonder whether a woman’s touch is more effective than a six-gun… co-starring Howard Keel as Wild Bill Hickock, Butler’s film is a broad, colourful and gloriously soundtracked musical with songs including the Oscar-winning ‘Secret Love’.