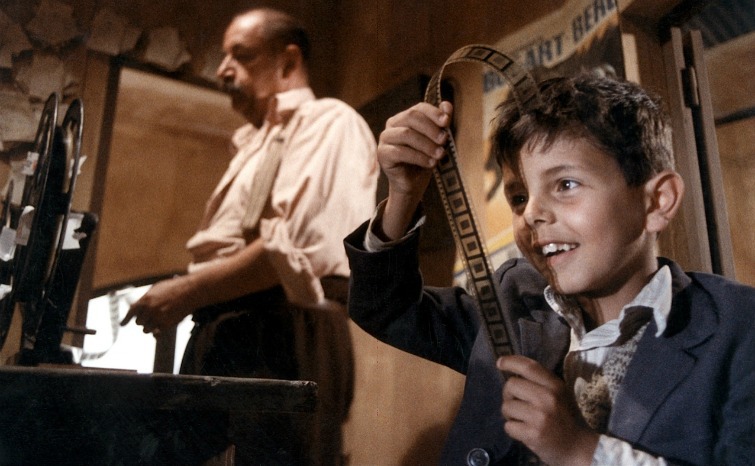 A love letter to cinema, Giuseppe Tornatore’s Oscar-winning Cinema Paradiso follows a young boy in Italy who forms a friendship with an elderly projectionist. Salvatore spends his formative years watching films from the projection booth, as Alfredo clips racy scenes out of 35mm prints under the watchful eye of the village priest. After a tragic accident he continues to put on screenings, grows into a man and falls deeply in love for the first time. Years later, a famous director in Rome, he is called with some news that pulls him back to his childhood community, giving him an opportunity to resolve his turbulent past.

“Bathe in the graceful, moving simplicity of one of cinema’s great love songs to cinema” ***** Ian Nathan, Empire