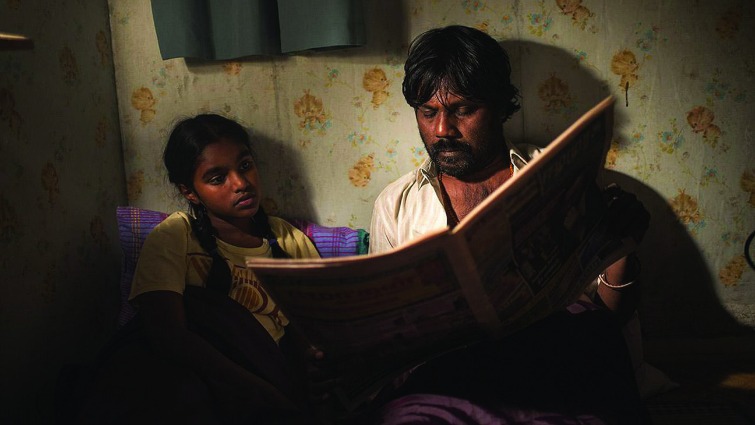 From French auteur Jacques Audiard (A Prophet, Rust and Bone) comes the Palme d’Or-winning Dheepan, a timely story of immigration and the difficulty of crossing both geographical and psychological borders. Dheepan (Anthonythasan Jesuthasan), a Tamil Tiger in Sri Lanka, is forced to flee to France when the Civil War ends. Meeting a woman and child who also need sanctuary, they pose as a family in order to claim asylum. But trying to adjust to their new life and new country, he still finds violence all around him; making it inevitable his old psychological wounds will be re-opened.

“A radical and astonishing film that turns conventional thinking about immigrants on its head” Kaleem Aftab, Independent