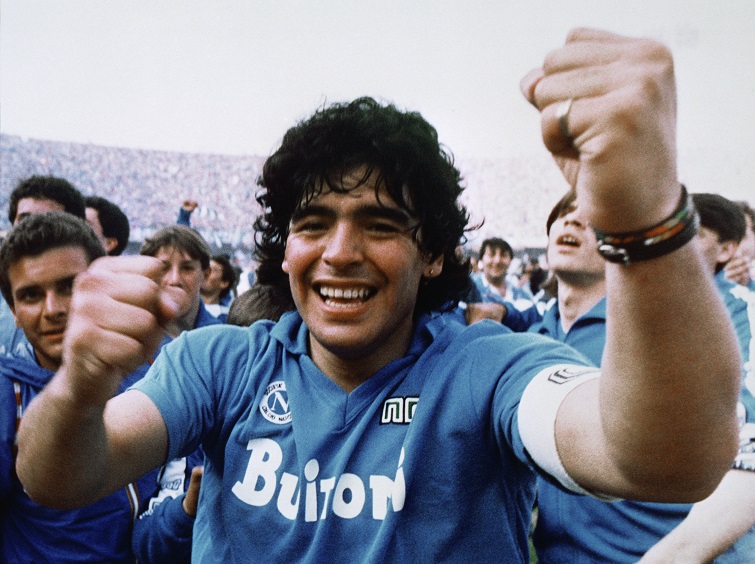 Please note there is no HOH captioned version available on Tues 9th July as advertised, due to a distributor error, however the film is fully subtitled for anyone speaking.

From the BAFTA and Academy Award-winning team behind the brilliant Amy and Senna, created from over 500 hours of never-before-seen footage from Maradona’s personal archive. comes a wild and unforgettable story of of God-given talent, glory, despair and betrayal, of corruption and ultimately redemption.

Having never won a major tournament, ailing football giant SSC Napoli had criminally underachieved. Their fanatical support was unequalled in both passion and size. None was more feared. But how they ached for success…

In a city where the devil would have needed bodyguards, Maradona became bigger than God himself. This is the wild and unforgettable story of God-given talent, glory, despair and betrayal, of corruption and ultimately redemption. On 5th July 1984, Diego Maradona arrived in Naples for a world-record fee and for seven years all hell broke loose. The world’s most celebrated football genius and the most dysfunctional city in Europe were a perfect match for each other.

Maradona was blessed on the field but cursed off it; the charismatic Argentine, quickly led Naples to their first-ever title. It was the stuff of dreams. But there was a price… Diego could do as he pleased whilst performing miracles on the pitch, but when the magic faded he became a prisoner of the city.

The third film from the Academy-Award and BAFTA-winning team behind Senna and Amy, the film is constructed from over 500 hours of never-before-seen footage from Maradona’s personal archive with the full support of the man himself.