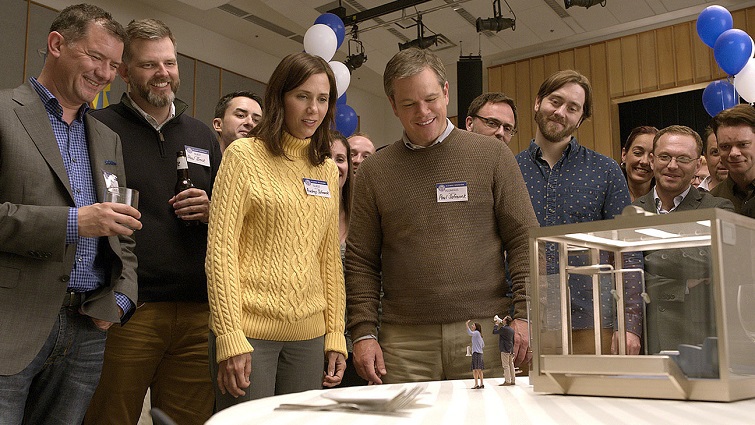 Despite the miniaturist theme of Downsizing, Alexander Payne’s (Nebraska, The Descendants) audacious, fantastical sci-fi comedy about a couple who shrink themselves in search of a better life, starring Matt Damon, Kristin Wiig, Hong Chau and Christoph Waltz – it truly contains multitudes. Paul (Damon) wants a fresh start with Audrey (Wiig) in an overpopulated world that has seemingly found a solution to its myriad problems: ‘cellular miniaturisation’. But after shrinking down, will he merely find himself in a microcosmic America as troubled as its host? It’s a high concept premise handled brilliantly by Payne. Whimsical, witty and spry, Downsizing offers social satire, gentle romance and human drama alongside moments of pure comedy.