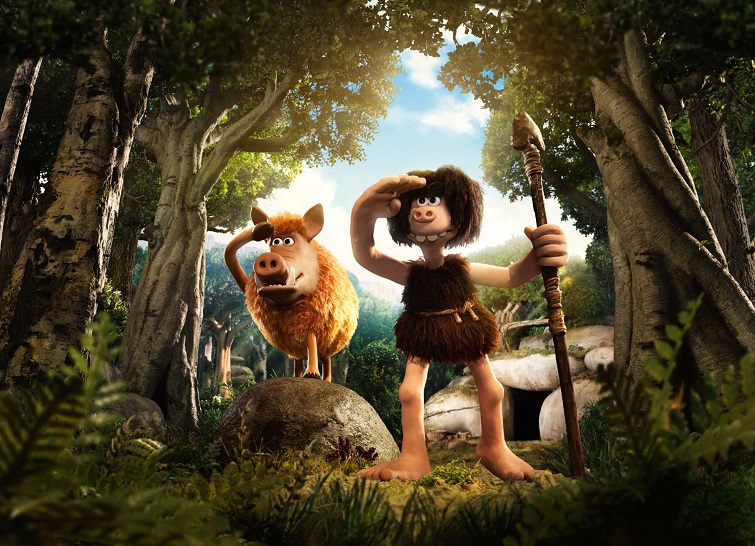 New from multi Oscar-winning director Nick Park (Wallace & Gromit, Chicken Run) is this stop-motion animated romp, full of his trademark dry wit. Set at the dawn of time, when prehistoric creatures and woolly mammoths roamed the earth, Early Man tells the story of courageous caveman hero Dug (Eddie Redmayne), along with his pet sidekick Hognob and Goona (Maisie Williams) as they unite his tribe against a mighty enemy, Lord Nooth (Tom Hiddleston) and his Bronze Age City in a battle to beat them at their own game. Unleashing an unforgettable cast of hilarious new characters, Early Man is superbly animated and uproariously entertaining, a real delight.