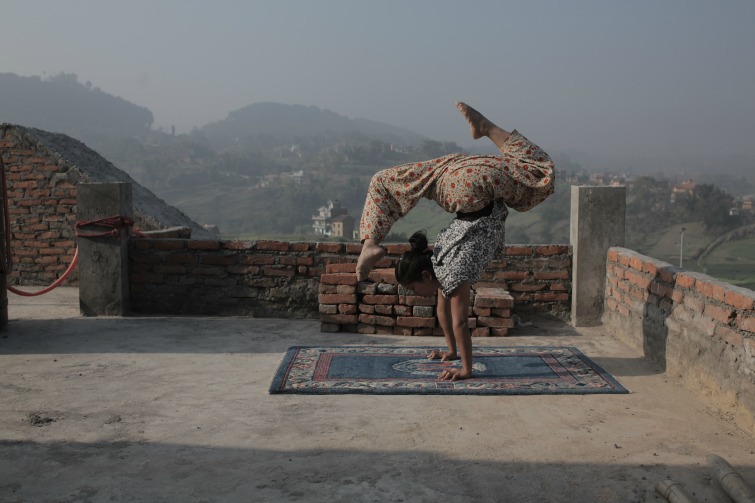 We regret that this film has been supplied without audio description by the distributor contrary to the information we were originally given. We apologise for any inconvenience.

An intimate, beautiful film harnessing the visual power of circus to give a unique perspective into the complex world of human trafficking. Shot over six years, it follows Sheetal and Saraswoti, who met as teenagers in a Kathmandu refuge, survivors of child trafficking to corrupt Indian circuses, before being brought back across the border to a Nepal they could barely remember. Even When I Fall watches as they confront the families that sold them, seek re-acceptance and begin to build a future utilising the skills ironically gifted to them by their former captors. With 11 other young survivors, Sheetal and Saraswoti form Circus Kathmandu – Nepal’s first and only circus.