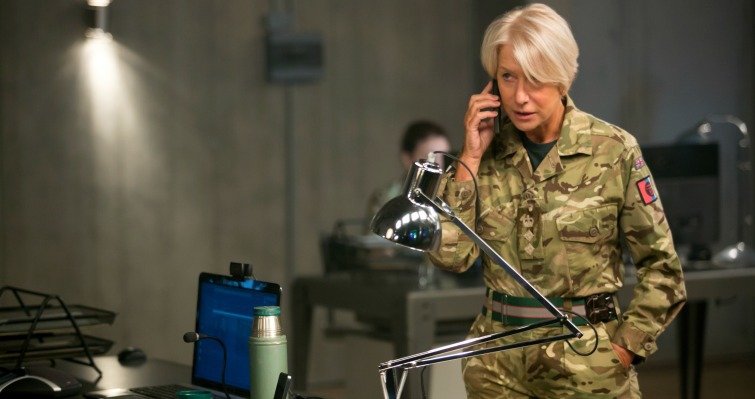 The late Alan Rickman stars alongside Helen Mirren, Aaron Paul and Barkhad Abdi in Gavin Hood’s (Tsotsi, Rendition) searing new thriller investigating the use of drone warfare by western governments. It focuses on a Kenyan shanty town where al-Shabaab jihadists are ensconced following the Nairobi shopping mall attack, offering us the viewpoints of a stern colonel (Mirren); a drone pilot (Paul); a lieutenant (Rickman) and an agent on the ground (Abdi). It’s a thought-provoking, brilliantly performed thriller about one of the most morally dubious activities of the modern age, and an insight into the task of making abstract decisions with potentially horrifying real-life implications.

“Effortlessly switching between continents and maintaining authenticity in each, [Hood] ramps up the tension as morality is pitted against necessity with quick yet fateful choices being made” **** Benjamin Lee, Guardian