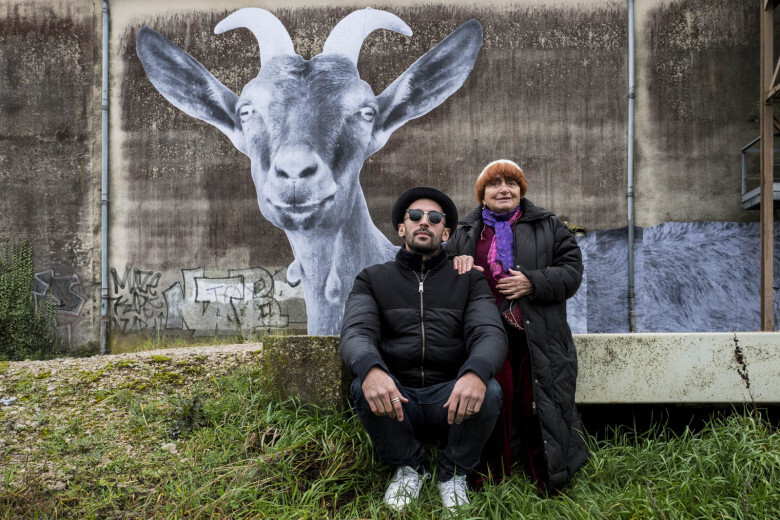 Maestro of French cinema Agnès Varda (The Gleaners and I, The Beaches of Agnès) joins forces with street artist and self-styled photograffeur JR in this magnificently moving and funny Oscar-nominated documentary. Together, this odd couple explores France, using JR’s camera van (which spits out huge Polaroid-like posters) to create photographs of the people they meet – including factory workers, farmers, waitresses and dockworkers, in locations both rural and industrial – and honour them on a vast visual scale. Varda’s first co-directed film is a triumph, a multimedia celebration of creativity and the quiet heroism of her fellow citizens’ everyday lives.

“A near-perfect study of ‘faces and places” ★★★★★ The Guardian