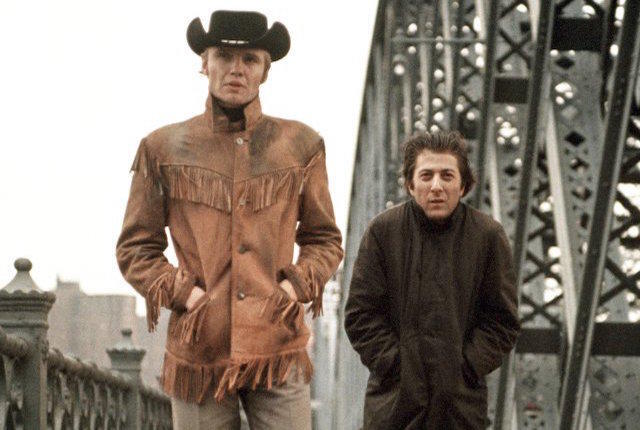 Join the Friends of the Picture House as they present this month’s classic film! Dustin Hoffman (The Graduate) and Jon Voight (Deliverance) give magnificent performances in John Schlesinger’s (Darling, Sunday Bloody Sunday) classic drama about life in down-and-out ‘60s New York, based on James Herlihy’s novel, which won Best Picture, Director and Screenplay at the Oscars in 1969; the only (then) X-rated film to do so. Voight is Joe Buck, a young, troubled drifter who leaves Texas for New York, intending to work as a hustler. But his exploits lead him to Enrico ‘Ratso’ Rizzo (Hoffman), a cynical street operator. The pair become reluctant business partners; but as they develop a bond, Ratso’s health grows steadily worse.