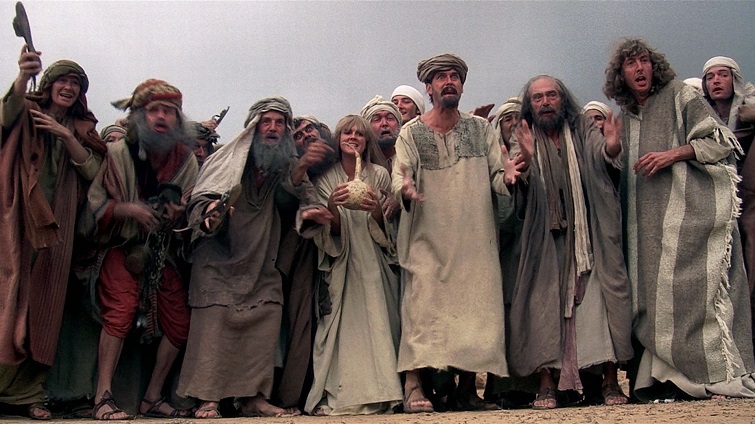 Cheerfully blasphemous and hilariously funny, Monty Python’s Life of Brian is rife with the comic troupe’s signature picaresque absurdity. Brian Cohen (Graham Chapman) is an average young Jewish man who, following a series of ridiculous events, gains notoriety as the Messiah. When he’s not dodging his followers or being scolded by his shrill mother (director Terry Jones), the hapless Brian must contend with the pompous Pontius Pilate (Michael Palin) and acronym-obsessed members of a separatist movement. As Brian fixates on a rebellious young woman called Judith, a series of misadventures lead him to Calgary, where the whole mix-up reaches its painful, tuneful and hysterical climax.