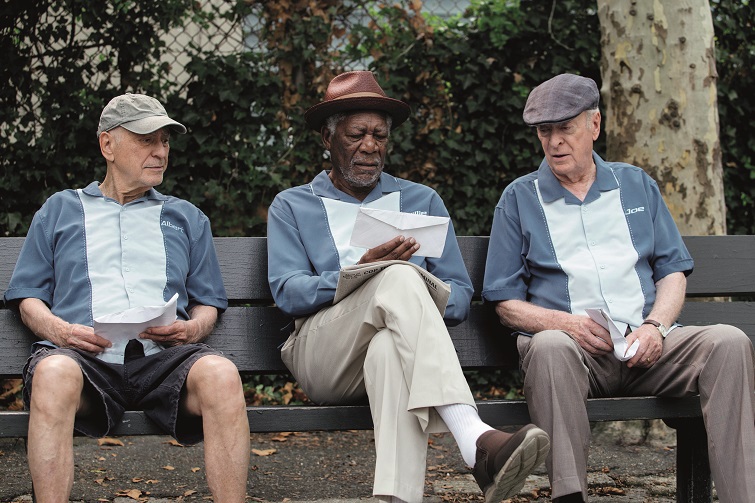 Due to a power failure Wednesday 7th June screening is cancelled

They may be getting on, but nothing’s going to stop them going in style. When three old – in every sense of the word – friends, Willie (Morgan Freeman), Al (Alan Arkin) and Joe (Michael Caine), get their pensions slashed, they decide they are past the stage of sitting around like chumps. Inspired after witnessing an armed robbery, Joe convinces his friends it’s time they get even and plan a heist of their own. Who better to rob a bank than three law-abiding pensioners? Garden State director Zach Braff ‘s all-star cast have the chemistry and comic timing to ensure a truly riotous remake of the beloved 1979 comedy.