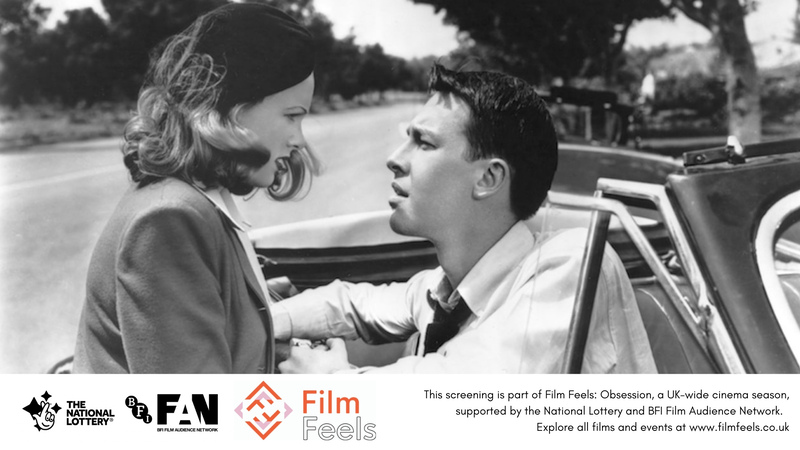 This screening is part of Film Feels: Obsession, a UK-wide cinema season, supported by the National Lottery and BFI Film Audience Network. Explore all films and events at www.filmfeels.co.uk

This electrifying love-on-the-run classic, a key inspiration for 1967’s Bonnie and Clyde, concerns a misfit couple drawn to each other by a mutual passion for guns.

When Annie (Peggy Cummins), temptation personified, threatens to abandon Bart (John Dall) to his humdrum ambitions, he reluctantly embarks on a life of robbing banks…

Joseph H. Lewis’s noir classic turns pulp into pure gold. This is a small but perfectly formed black-and-white masterpiece of flash and trash, unwholesome obsession and criminal daring. The masters of the Nouvelle Vague adored it, not least for the bold and brilliant camerawork: there’s a tremendous continuous take of a bank job, filmed from one camera position in the back seat of the getaway car. The sheer intensity of the film borders on the subversive and surreal.