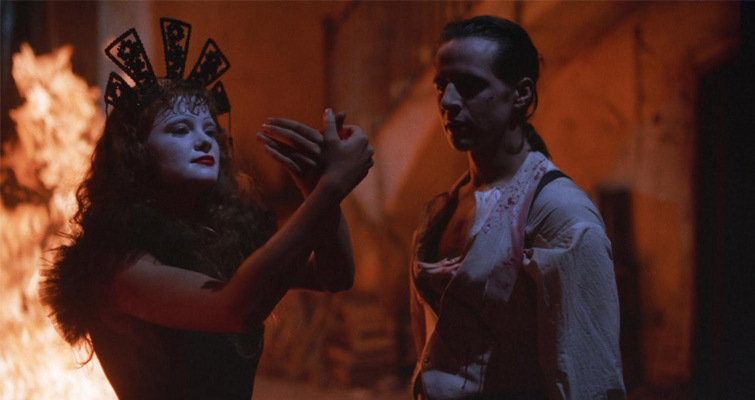 Visionary filmmaker Alejandro Jodorowsky’s (The Holy Mountain, Dance of Reality) avant-
garde, surrealist Santa Sangre is justifiably adored by cult horror fans. In flashback, it tells the story of Fenix, traumatised by a childhood spent in a circus run by his father, knife-thrower Orgo and his mother, trapeze artist Concha; before flashing forward to the future, where he teams up with his mother to undertake a grisly campaign of revenge. Full of provocative, psychedelic imagery, explicit violence, grotesquery and sensuality, and infused with a singular mysticism that will be recognisable to fans of the director, it’s an unforgettable and terrifying watch.