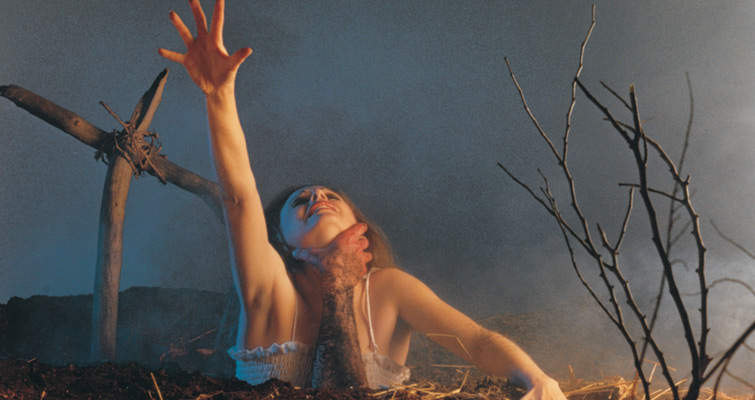 Five young friends, led by Ash (Bruce Campbell) travel to a cabin in the Tennessee woods for spring break, where they soon run into trouble and unknowingly release flesh-possessing demons. Raimi’s seminal horror made a cult icon of Campbell, who plays and turned its director into hot property. Much imitated but never bettered, The Evil Dead was the birth of an independently-spirited, viscerally-minded new wave in low-budget horror cinema, and is now a recognised classic.