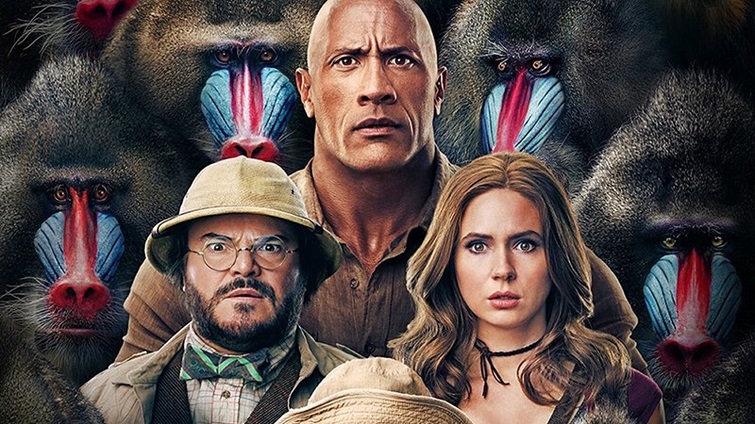 The gang returns to Jumanji to rescue one of their own, but they discover that nothing is as they expect. The players will have to brave parts unknown and unexplored, from the arid deserts to the snowy mountains, in order to escape the world’s most dangerous game.

Ever since returning to the real world, Spencer (Alex Wolff) has struggled with being back to his nerdy self, and secretly longs to be the muscle-bound explorer Martha (Morgan Turner) fell for.

While meddling with the broken Jumanji game in his grandfather Eddie’s (Danny DeVito) basement, though, the geeky student gets more than he bargained for as he is sucked back into the dangerous universe – this time all alone. Discovering Spencer has been taken by the game once more, Martha, Fridge (Ser’Darius Blain), and Bethany (Madison Iseman) decide to jump back in too, in a desperate attempt to rescue their friend. The pals immediately recognise the game’s unforgettable avatars: Dr. Bravestone (Dwayne Johnson), Professor Oberon (Jack Black), Franklin Finbar (Kevin Hart), and Ruby Roundhouse (Karen Gillan). But this time is different…