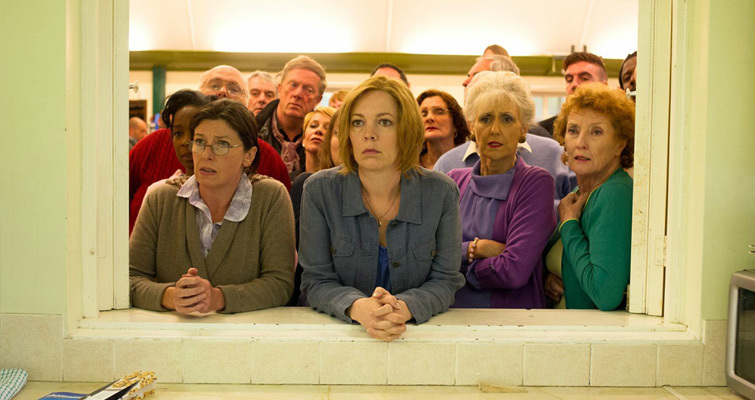 Hailed as a groundbreaking work during sell-out runs at the National Theatre, director Rufus Norris adapted his play, and its musical score, for film. Starring Olivia Colman and Tom Hardy, it tells the story of the aftermath of the events that shook Ipswich in 2006, when five women were murdered in the small market town, bringing to light the reality of the prostitution that had affected London Road residents for years. Based on interviews with locals, Norris’ innovative, powerful film depicts a community pulling together after a shared tragedy to find a new way forward.

“London Road was a mighty success on stage. Now it is a unique triumph on the movie screen […] A gripping, macabre verbatim musical about real-life serial murders” ***** Peter Bradshaw, Guardian