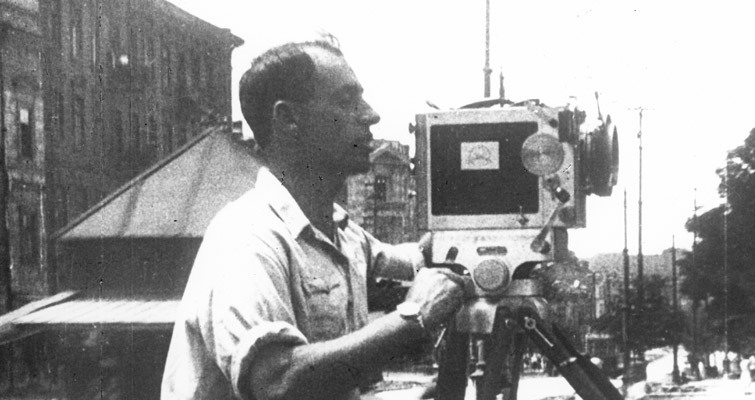 Man with a Movie Camera met with bewilderment on its release but is now recognised as a cinematic milestone; one of the most radical films of Soviet cinema, and a major influence on Godard, Marker and others. It’s a great city-symphony: the ‘Kino-Eye’ turning the camera into the protagonist, offering an impressionistic, lyrical portrait of a day in the life of Moscow’s masses at work and at play. But Vertov also investigates film itself, wittily transforming the world caught by his lens with a dazzling array of experimental camera and editing techniques. The constant invention remains astonishing to this day.