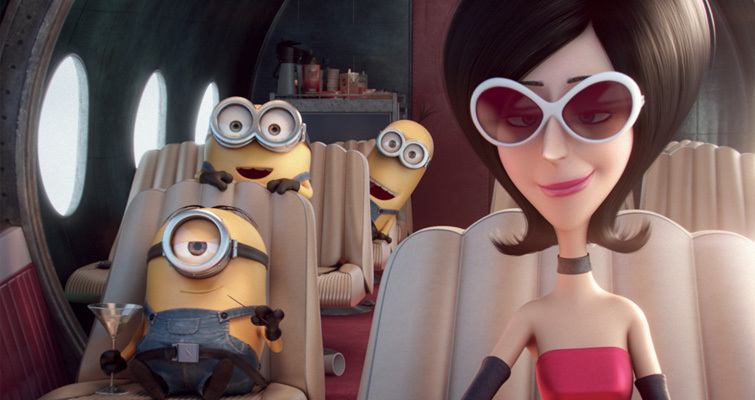 This delightful animation is a spin-off from the hugely successful Despicable Me with a voice cast including Oscar-winner Sandra Bullock (as stylish uber-villain Scarlet Overkill) and Mad Men’s Jon Hamm. The Minions are small creatures who serve history’s most despicable villains. But after isolating themselves in Antarctica, by 1968 they’re desperate to find a new master. Joined by rebellious teenager Stuart and young Bob, they arrive at a villain convention where they compete for the right to be Scarlet Overkill’s henchmen. Travelling through New York, they end up in Sixties London, where they must confront a threat to their very existence.