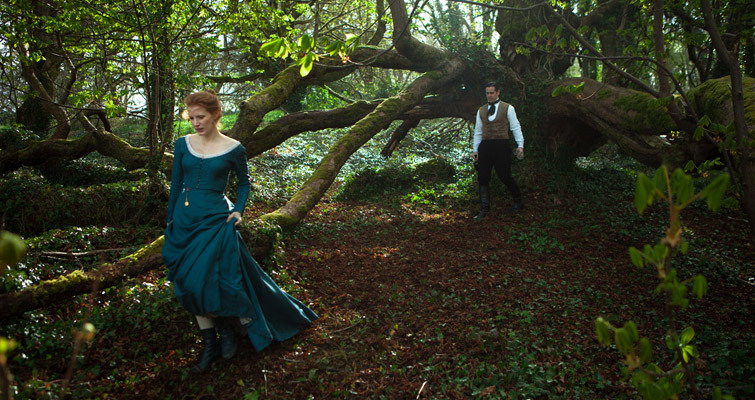 Oscar nominee Jessica Chastain and Colin Farrell star in Liv Ullman’s electrifying period drama, an adaptation of August Strindberg’s celebrated play depicting a battle for power between the sexes and the classes. Chastain is Miss Julie, the unsettled daughter of an Anglo-Irish count, who over the course of one wild midsummer night visits her father’s Fermanagh estate and attempts to seduce her father’s valet John (Farrell) as his dismayed fiancé, cook Kathryn (Morton) looks on. United by mutual attraction as well as loathing, their courtship is at turns bullying and seductive, savage and tender – and leads to desperate plans for a life together.