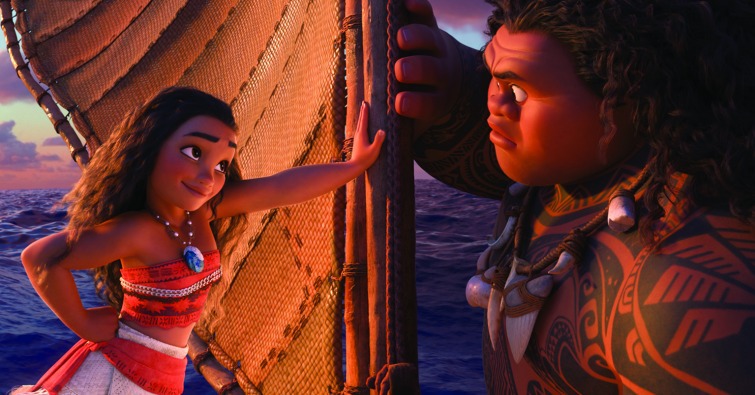 Sing along with Disney’s latest animation, the thrilling, colourful adventure that’s received Oscar nominations for Best Animation and Best Original Song (for Hamilton creator Lin-Manuel Miranda’s ‘How Far I’ll Go’). It follows teenage Polynesian princess Moana, who must set out on a daring mission to save her island’s people from a dire threat. Journeying across the seas, she meets once-mighty demigod Maui (voiced by Dwayne Johnson), who guides her in her quest. Together they encounter enormous monsters and fight seemingly impossible odds, while Moana fulfills the ancient quest of her ancestors and discovers the one thing she always sought: her own identity.