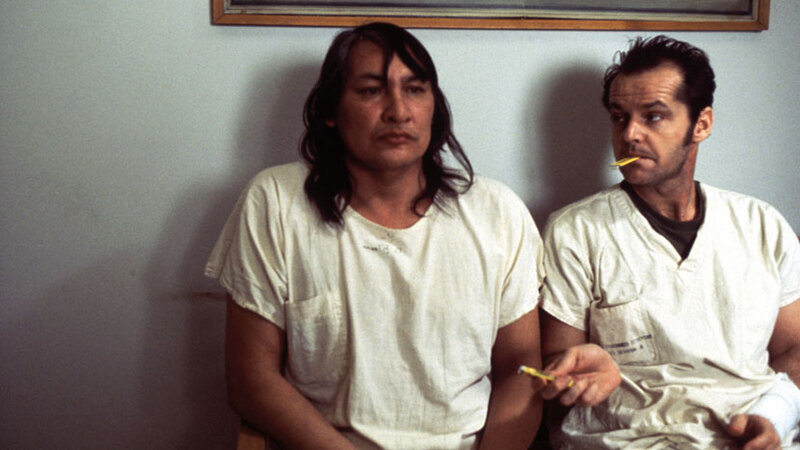 Jack Nicholson gives an unforgettable performance in Miloš Forman’s searing, tragicomic 1975 adaptation of Ken Kesey’s novel, often hailed one of the best films ever made and winner of five Oscars including Best Picture, Actor and Director. Nicholson is Randle McMurphy, a recidivist criminal who mimics mental illness to get himself moved from prison to a psychiatric hospital in hopes of greater leniency, but who hasn’t bargained on the rigid structure imposed by Nurse Ratched (Louise Fletcher), who doesn’t appreciate his disruptive effect on the ward. Inspired casting (including Danny DeVito and Brad Dourif) and Forman’s naturalistic direction make this an all-time classic.