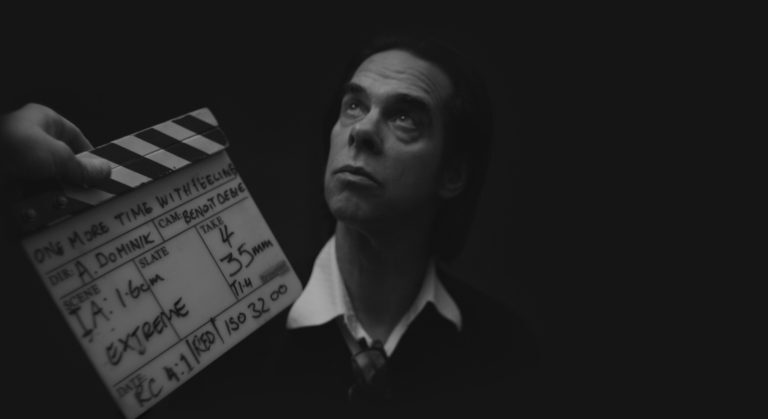 Andrew Dominik’s, “One More Time with Feeling” is a remarkable black-and-white documentary about the creation of Nick Cave & the Bad Seeds album “Skeleton Tree”.

Originally a performance based concept, the film evolved into something much more significant as Dominik delved into the tragic backdrop of the writing and recording of the album. Interwoven throughout the Bad Seeds’ filmed performance of the new album are interviews and footage shot by Dominik. The result is stark, fragile and
raw, and a true testament to an artist trying to find his way through the darkness.

This extraordinary and now widely lauded film premiered at The Venice Film festival on September 5, followed by global screenings on September 8 in 950 cinemas across 30 countries. Already seen by more than 125,000 people on one day – many at sold out screenings – the phenomenal response globally sees One More Time with Feeling return to cinemas for one more run on December 1.

Doors open at 7pm, film commences 8pm. Running time 112 minutes. There will be a bar at the kiosk in the foyer for this event. Unreserved stalls seats only.