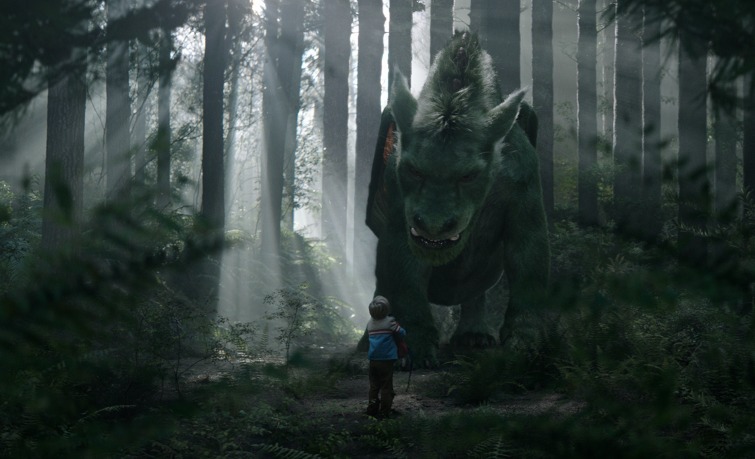 New from Disney is this soaring, nostalgic fantasy adventure, a remake of the 1977 film of the same name. Mr. Meacham (Robert Redford), a woodcarver, delights local children with stories of a mysterious dragon that lives deep in the woods of the Pacific Northwest. His daughter, forest ranger Grace (Bryce Dallas Howard) believes these are only tall tales, until she discovers Pete (Oakes Fegley), a 10-year-old orphan who says he lives in the woods with a giant, friendly dragon. With help from a young girl named Natalie (Oona Laurence), Grace sets out to investigate if this fantastic claim can be true.