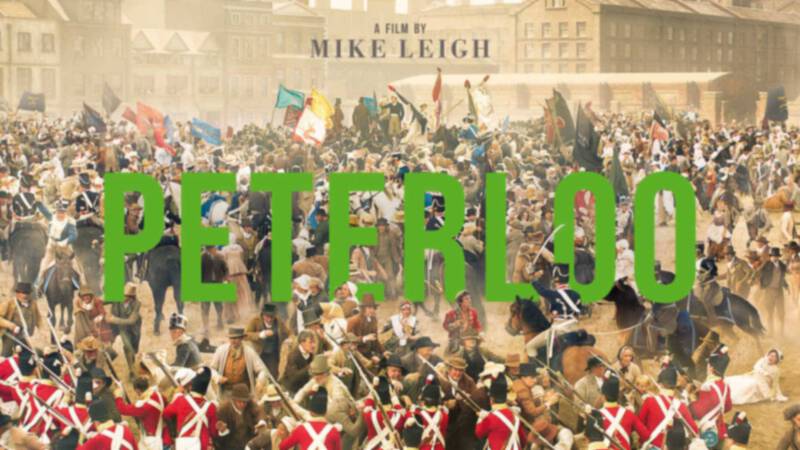 In the 200th anniversary year of the Peterloo Massacre, this special screening of Mike Leigh’s historical epic will be followed by a panel discussion, organised by TUC Yorkshire & the Humber and Calderdale Trades Council.

1819 saw at least 18 die and hundreds injured in Manchester when soldiers attacked a crowd of over 60,000 that had gathered to demand political reform and protest against rising levels of poverty. The post-showing discussion will explore the enduring legacy of the events in the film and how they relate to issues of representation, democracy and the union movement today. Panel guests will be Theresa Easton, Printmaker and Artists’ Union England’s National Organiser, Stephen Hall, President of the Greater Manchester Association of Trades Union Councils and Granville Williams of Campaign for Press and Broadcasting Freedom North. The discussion will be hosted by Cllr Dr Carol Stow, Mayor of Hebden Royd Town Council.

Tickets are usual cinema prices and can be bought on the door. The film will start at 4pm.

Mike Leigh orchestrates a superb ensemble cast including Rory Kinnear and Maxine Peake in this rousing, sweeping tale of a defining moment in British democracy: the infamous Peterloo Massacre of 1819. Returning from the battle of Waterloo, shell-shocked soldiers find their hometowns ravaged by the gentry. A peaceful protest march is arranged, where radical orator Henry Hunt (Kinnear) will speak, but as the day approaches the situation becomes dangerously volatile… Weaving class consciousness, family dynamics, hypocrisy, humanism and the stories of everyday people into a socialist tapestry, Leigh depicts an historic act of state brutality with huge contemporary relevance.