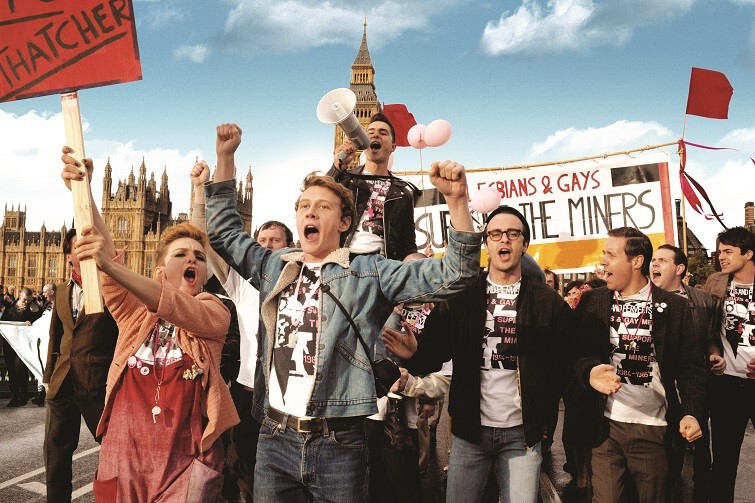 We’re screening documentary LGBT Britain and drama Pride as part of Happy Valley Pride, and marking 50 years since the partial decriminalisation of homosexuality with three more depictions of LGBTQ+ life, including a special preview of locally filmed ‘God’s Own Country’ with a post show talk with its writer-director. Supported by Film Hub North, led by Showroom Workstation. Proud to be part of the BFI Film Audience Network.

As part of Happy Valley Pride we are delighted to welcome Policy Manager of the Equality and Human Rights Commission and former Hebden Royd Mayor, Jonathan Timbers alongside barrister Helen Trotter, a member of the Happy Valley Pride festival board for the post-film Q&A.

Reminiscent of The Full Monty, Matthew Warchus’s hilarious, moving and very British Pride tells an astonishing true story. With a cast including Bill Nighy, Imelda Staunton, Dominic West and Paddy Considine, it’s set in 1984 with Thatcher in power and the miners on strike. At a Pride march, activists want to support the miners but there’s a problem: the NUM is institutionally homophobic. Undeterred, they drive to Wales to offer help in person. There ensues a joyful comedy of manners yet amid the film’s slapstick, it never loses sight of the socialist camaraderie forged between these two seemingly oppositional groups. A fantastic, candy-coloured piece of LGBT history.

“Warm and witty, with terrific performances” **** Peter Bradshaw, The Guardian