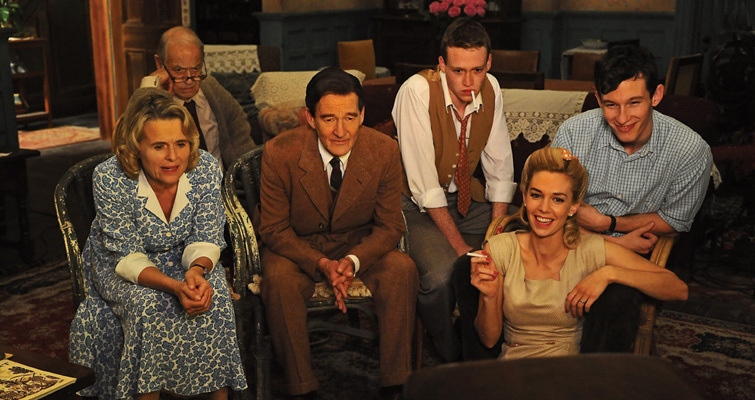 John Boorman’s wonderfully funny and moving Queen and Country picks up the story of Bill Rohan from his Oscar-nominated 1987 classic Hope and Glory. It’s ten years on and Bill (Callum Turner) is starting his basic training in the early Fifties during the Korean War, where he’s joined by a trouble-making army mate, Percy (Caleb Landry Jones). They never get near Korea, but
engage in a constant battle of wits with the Catch-22-worthy Sgt. Major Bradley (David Thewlis) and Major Cross, their put-upon superior (Richard E. Grant). A superb ensemble cast headlines this portrayal of an England still in recovery after WWII. [102]