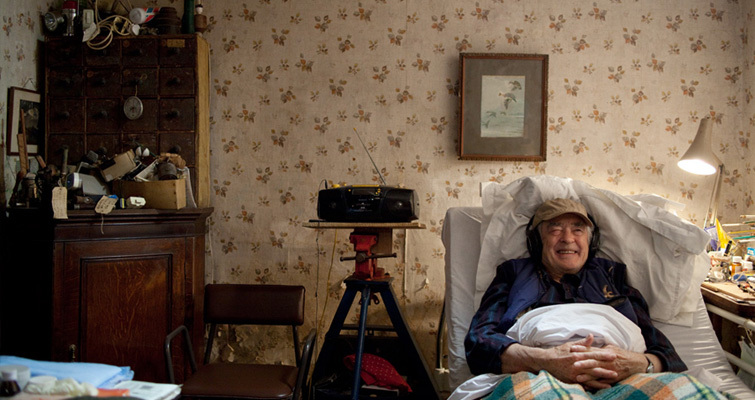 Set against the striking backdrop of the Lake District, this is a beautifully observed, dryly funny and intelligently moving drama that’s eloquent on the vicissitudes of later life. Middle-aged Daniel (Daniel Cerqueira) is called home from London by his mother Maria (Gemma Jones) who needs help: to get Leonard, Daniel’s irascible, domineering father (Richard Johnson), off the sofa. Staying in his parents’ chaotic, cluttered cottage and battling his father’s pride in order to care for him and redeem him from a state of semi-squalor, it’s a struggle that forces them all to re-examine their relationships and how they live.