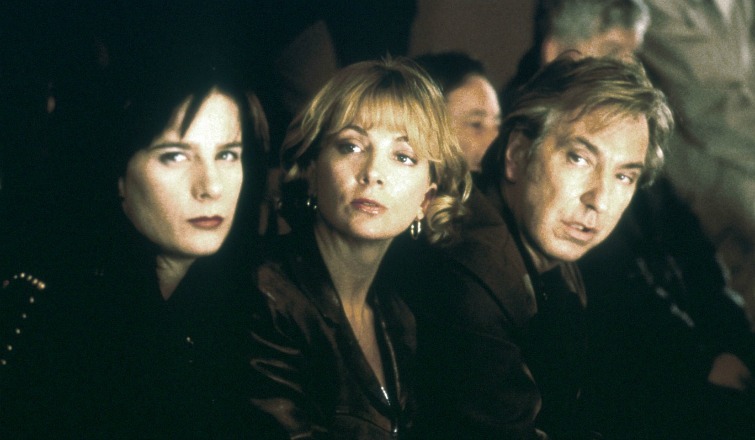 The (very sadly) recently departed Alan Rickman stars with Bill Nighy as duelling small-town hairdressers in Paddy Breathnach’s warm, enjoyably camp comedy, scripted by The Full Monty’s Simon Beaufoy. The annual British Hairdressing Championship comes to Keighley, where Phil (Rickman) and son Brian (Josh Hartnett) run a barbershop while Phil’s ex Shelly (Natasha Richardson) and her lover Sandra (Rachel Griffiths) own a beauty salon. Shelly’s keen to enter and tries to persuade Phil to join her team; but he won’t, if defending champion Raymond Robertson (Nighy) has anything to do with it.