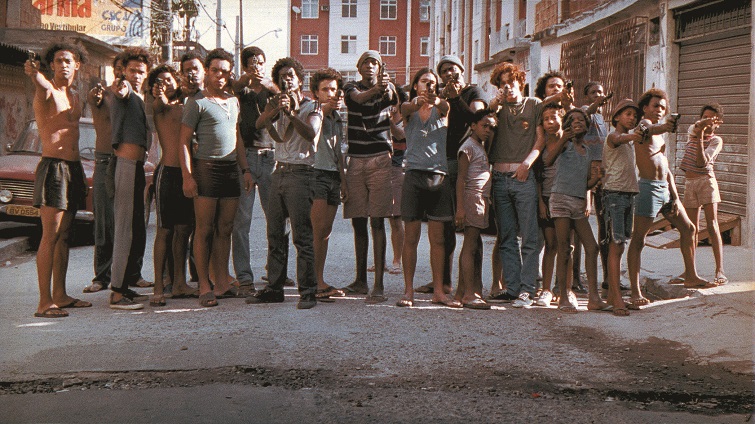 Discover ‘Reel’ movie classics projected once a month (first Saturday teatime of the month) in 35mm glory via our 1950s projector.

Fernando Meirelles’ epic, multi award-winning crime drama had a vast impact on its release in 2002 and remains one of the most influential films of the early aughts. Shot on location in Rio de Janeiro, it’s a film of furious urgency and dizzying invention, depicting three decades of gang warfare from the ‘60s to the ‘80s in the Cidade de Deus favela. Growing up in danger, two young men choose different paths: budding photographer Rocket (Alexandre Rodrigues) documents the violence of his neighbourhood while drug dealer José (Leandro Firmino da Hora) is warring with his rival, Knockout Ned (Seu Jorge).