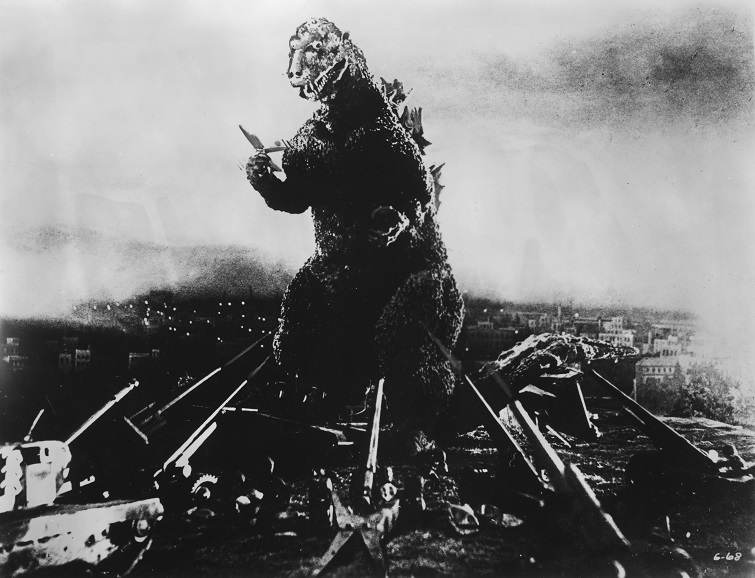 Don’t miss this chance to see the legendary Godzilla – one of the great classics of cinema – on the big screen in 35mm. Made in 1954 by Ishiro Honda, Godzilla was Japan’s first, hugely ambitious foray into the big budget feature and stars Takashi Shimura is the revered palaeontologist who uncovers the horrible secret at the heart of the monster; a long dormant Jurassic beast awoken by the bomb. A fierce indictment of the atomic age, Godzilla was an enormous hit and immediately entered the lexicon of popular culture worldwide. It remains perhaps the definitive monster movie; a thrilling, moving tour de force of then pioneering special effects.