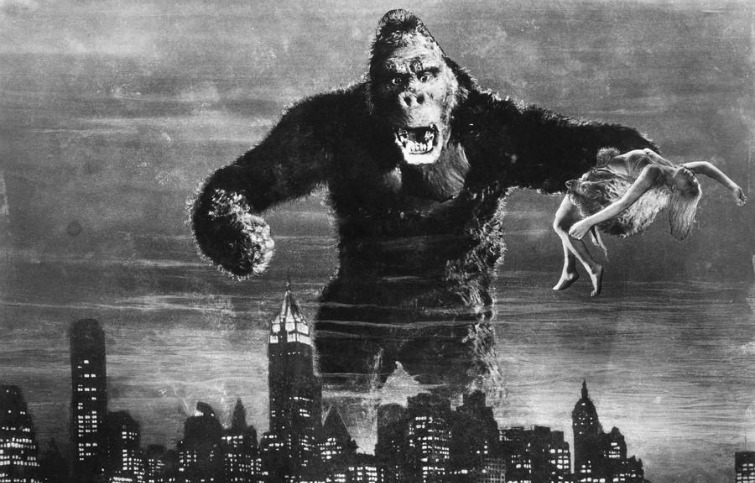 Ignore the remakes – the 1933 PreCode original King Kong is a masterpiece, the ultimate adventure fantasy. In fact its technical effects are still impressive, as are its thrilling story (by Edgar Wallace) and script, culminating in one of cinema’s classic last lines. Actress Ann Darrow (Fay Wray) and director Carl Denham (Robert Armstrong) travel to the tropics to shoot a new film. Along the way, Ann meets and falls for rugged First Mate John Driscoll (Bruce Cabot). Arriving at a mysterious island, she’s taken hostage by natives who prepare her to meet the enormous ape who rules their jungle. But it’s when she’s rescued and Kong captured that the real trouble begins.