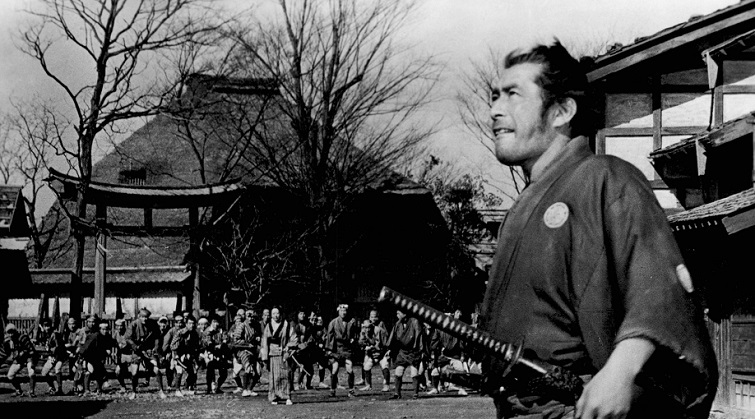 The incomparable Toshiro Mifune stars in the visually stunning, darkly comic jidaigeki film Yojimbo by Japanese master Akira Kurosawa. The story of Sanjuro (Mifune), a samurai in 19th century Japan who drifts into a corrupt, rural town divided between two gangs and starts exploiting their rivalry, it’s an exhilarating genre-twister and one of the most influential and entertaining films of all time.