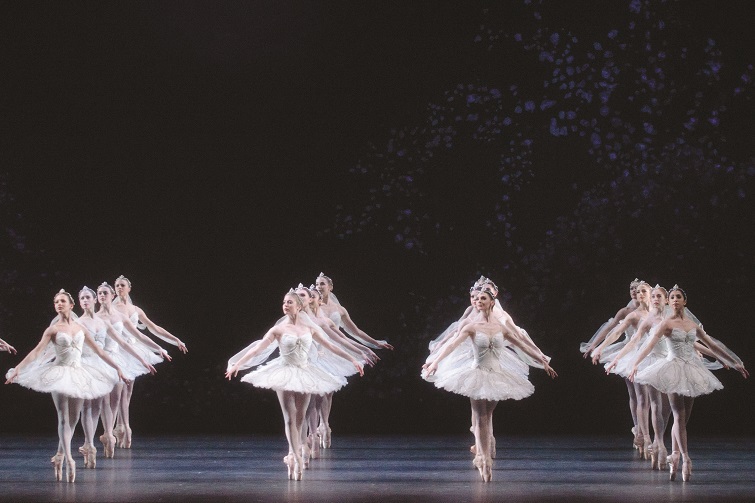 PLEASE NOTE THE BROCHURE COPY IS ERRONEOUS AND MISTAKENLY DESCRIBES TO THE BALLET MAYERLING. THE CORRECT INFORMATION FOR THIS BALLET IS BELOW.

An iconic 19th-century Russian ballet, La Bayadère was originally performed at the Bolshoi Theatre in St Petersburg in 1877, and was regularly performed within the former Soviet Union throughout the 20th century. It remained unknown in the West until the Kirov Ballet toured with the Kingdom of the Shades scene in 1961. Natalia Makarova saw La Bayadère as a child in Leningrad and created this production in 1980. It was first performed by The Royal Ballet in 1989.

The Kingdom of the Shades scene in Act III is one of the ballet’s highlights, in which a series of arabesques across the moonlit stage demonstrates the strength of the corps de ballet and the beauty of Marius Petipa’s choreography. The ballet also contains roles of very different styles for two ballerinas in Nikiya and Gamzatti, a spectacular virtuoso solo for the Bronze Idol, and stunning pas de deux for Solor with both Nikiya and Gamzatti.