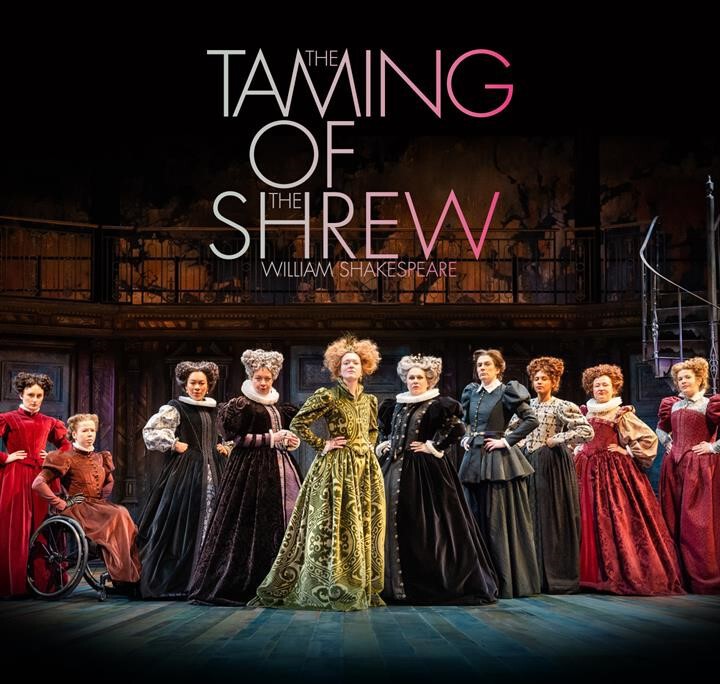 Please note that the May programme erroneously states the film ‘Styx’ will be screened on 5th June. It will not. This live broadcast of The Taming of the Shrew is the only event at HBPH on 5th June. We apologise for any confusion caused.

Women hold the power, control the state and own the property. In a society where men have no authority, Lady Baptista is selling off her two sons to the highest bidders. Cue an explosive battle of the sexes in this electrically charged love story.

Director Justin Audibert (who previously directed Snow in Midsummer and The Jew of Malta for the RSC) turns Shakespeare’s fierce comedy of gender politics on its head in this ‘landmark production’ (Evening Standard) that offers a fresh perspective on its portrayal of power.

Complete with a luxurious panelled Elizabethan set, exquisite traditional costumes, and a contemporary-meets-renaissance musical score, this is a joyous and entertaining production of Shakespeare’s fierce comedy of the sexes.