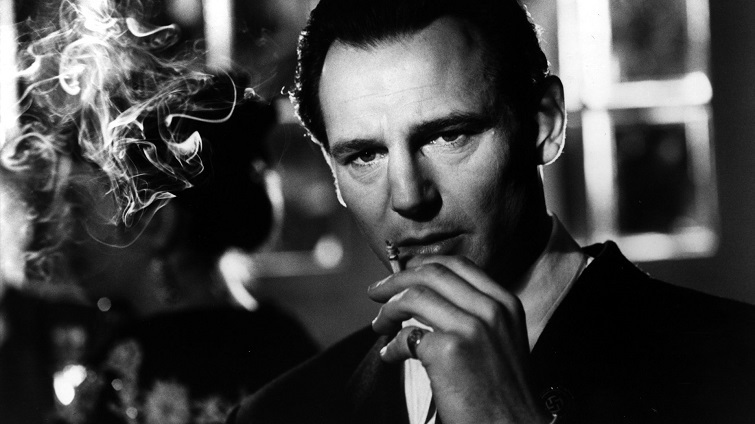 All proceeds from the screening to be donated to the Shoah Foundation.

1939: Businessman Oskar Schindler (Liam Neeson) arrives in Krakow, ready to make his fortune from World War II. Joining the Nazi party for political expediency, he staffs his factory with Jews (led by thoughtful accountant Itzhak Stern – Ben Kingsley) for similarly pragmatic reasons. When the SS begins exterminating Jews, Schindler protects his workers to keep his factory running; but soon realises that in so doing, he is also saving innocent lives – even as they are threatened with transport from Płaszów, run by sadistic Nazi commandant Amon Göth (an extraordinary performance by Ralph Fiennes), to Auschwitz. Steven Spielberg’s monumental historical epic, only realised after decades of imagining, grapples with the terror and horror of the Holocaust via one of its most extraordinary true stories.