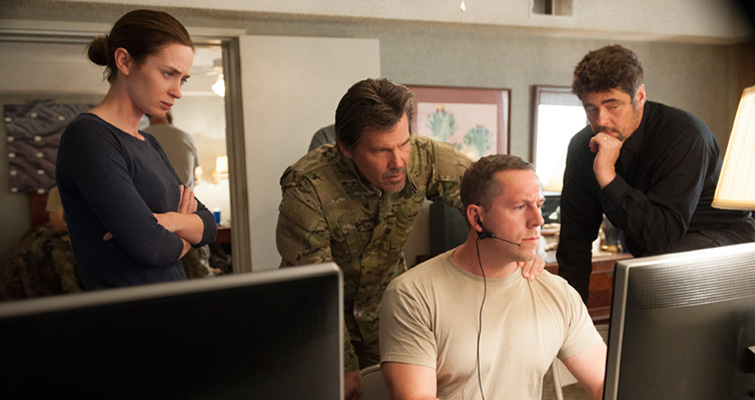 Emily Blunt gives an Oscar-worthy performance in Denis Villeneuve’s sleek, brutish thriller, as an FBI agent drawn into the amoral heart of the drugs war. Making an unpleasant discovery, she joins her superior Matt (Josh Brolin) and his enigmatic associate Alejandro (Benicio del Toro) on an ambiguous mission targeting powerful cartels. Essaying both strength and a quaking vulnerability, she’s gradually alarmed by her new colleagues’ propensity for violence; only slowly beginning to understand their true motivations, and just how far they will go. Beautifully shot by Roger Deakins and featuring a propulsive, malevolent soundtrack, there’s uneasy depth in this Michael Mann-esque thriller.

“An entirely brilliant thriller… one of the best films of the year” ★★★★★ Dan Jolin, Empire