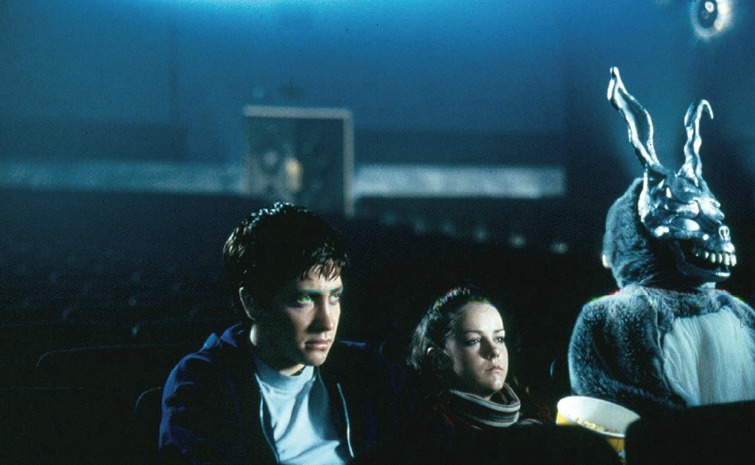 Jake Gyllenhaal plays Donnie, the sleepy-eyed, brilliant and possibly disturbed teenager who sleepwalks,
wakes up in strange places and even more weirdly, is repeatedly visited by an oddly benign 6-foot rabbit. Don’t miss this stunning, haunting and highly original film on the big screen. Surreal Reels are supported by Film Hub North, led by Showroom Workstation. Proud to be part of the BFI Film Audience Network.