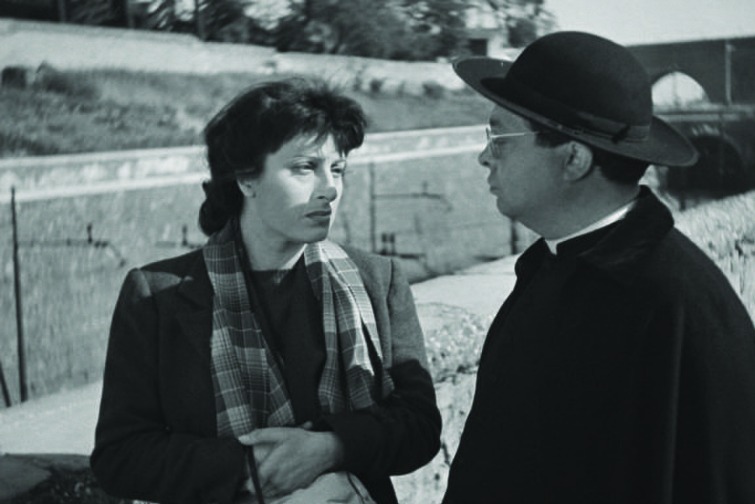 Widely considered one of the greatest films ever made, and marking a watershed moment in Italian cinema, Rossellini’s Rome, Open City is a chillingly immediate portrait of life under Nazi occupation and, filmed immediately after the liberation of Rome, also an extraordinary historical document and cinematic achievement. Engineer Giorgio (Marcello Pagliero) is trying to evade the Germans and looks to Pina (Anna Magnani), fiancée of a fellow resistance member, and priest Don Pietro (Aldo Fabrizi) for help. But will they come to his aid, or betray him?

“There is perhaps no film to rival the humanism and clarity of purpose of Rossellini’s neorealism masterpiece” Cath Clarke, The Guardian