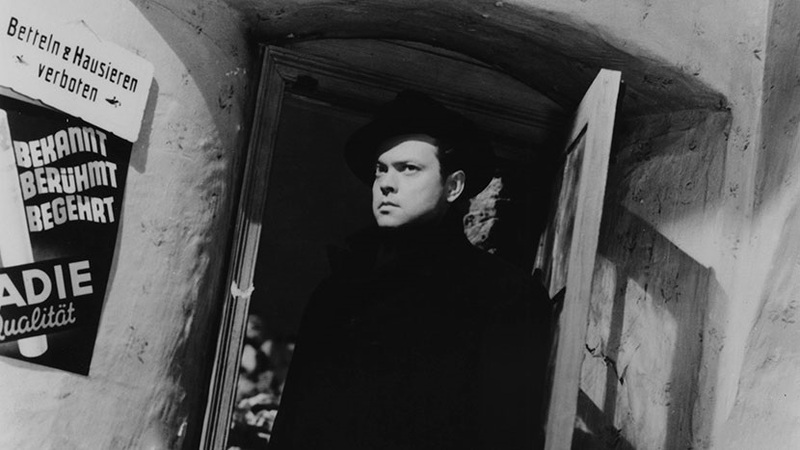 We’re celebrating the 70th Anniversary of the original World Premiere of The Third Man.

Carol Reed’s noirish thriller, penned by Graham Greene, is justly considered one of the greatest films of all time; now on screen in a sparkling digital re-release. Joseph Cotten (previously on screen with Orson Welles in Welles’s Citizen Kane) is American writer Holly Martins, in a damaged, divided post-war Vienna to visit his old friend Harry Lime (Welles), only to be told he has mysteriously died. Meeting a British military policeman (Trevor Howard) and Lime’s girlfriend (Alida Valli), he is forced to reassess both his friend and his own world view. A brilliantly sinister depiction of personal and political corruption.