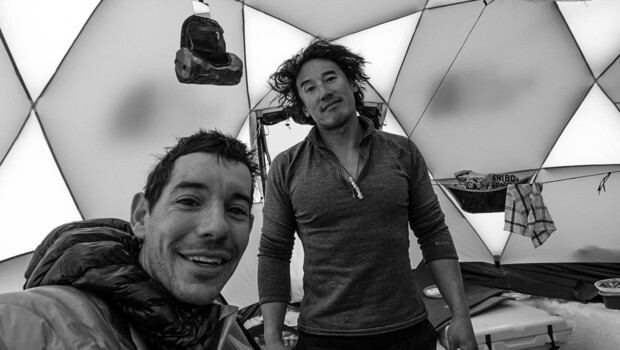 This summer, the Best of Sheffield Adventure Film Festival tours across the UK. Following submissions from hundreds of filmmakers, the 2019 touring programme presents 2 hours of the best of the Festival, representing the pinnacle of climbing, running and biking, adventures from the snow and streets – and the latest adventure featuring FREE SOLO’s Alex Honnold and Jimmy Chin.

This collection of films has been given a 15 certificate by Calderdale MBC’s Licensing department.

The Frenchy
Jacques “The Frenchy” Houot is a Colorado icon, an 82-year-old athlete who works non-stop on skis, mountain bike, and the cyclocross race circuit…

Ar Gefn y Ddraig (Riding The Dragon)
The Berghaus Dragons Back Race is the hardest 5-day mountain race in the world! Follow Huw Jack Brassington as he attempts the race – a whopping 300+ km down the spine of Wales – for the first time!

A Mile An Hour
Packing on the pounds after writing a PhD, Beau’s running again. Combining a need to get rid of the gut, to run again, and spend some quality time in the shed, Beau will run a mile an hour around his perfectly mile-long block. In between he’ll do as much as possible, likely becoming the fullest, meaningful, most trivial day of his life.