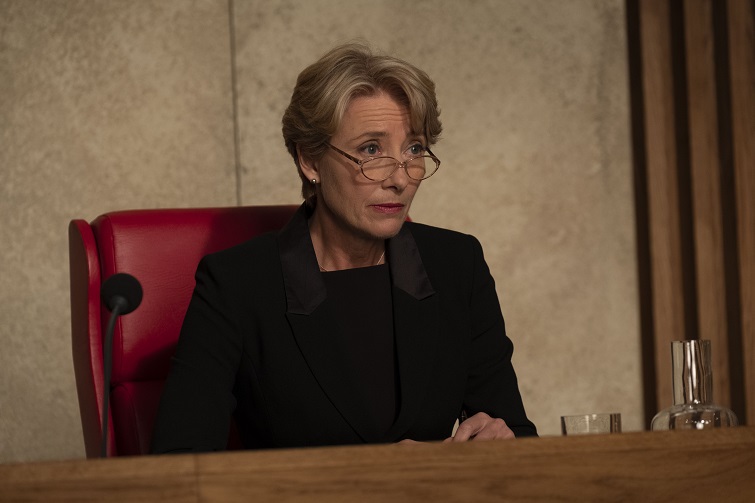 Emma Thompson gives a career-best performance in Richard Eyre’s (Notes on a Scandal) moving drama – adapted by Ian McEwan from his own novel – as an eminent judge approaching a critical ruling. Even as her marriage to Jack (Stanley Tucci) founders, widely admired judge Fiona (Thompson) has a life-changing decision to make. Should she force Adam (Fionn Whitehead), a 17-year-old with leukaemia, to undergo life-saving treatment against his parents’ – and perhaps his – beliefs? Immaculately directed, meticulously calibrated, Eyre’s resonant drama is immeasurably aided by Thompson, who excels in her depiction of Fiona’s troubled emotional world and moral disquiet.