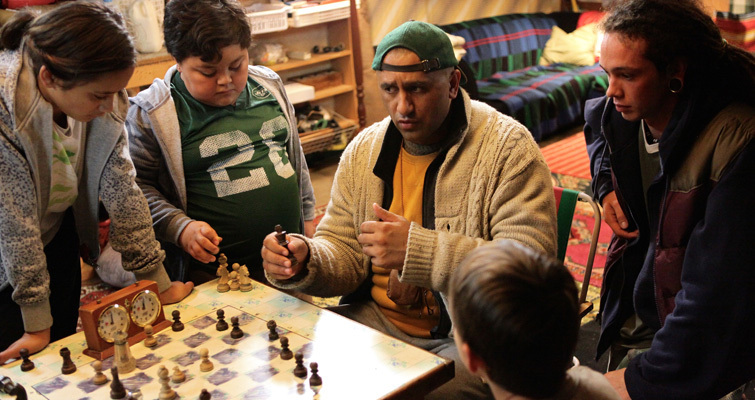 This utterly gripping, immersive New Zealand drama is based on the life of famed Māori speed-chess player and coach Genesis Potini (Cliff Curtis – Whale Rider). Utterly brilliant at the game, he suffered profoundly from a bipolar disorder which saw him in and out of hospital all his life; but despite this formed a chess club, the Eastern Knights, for underprivileged children to offer them both chess tutelage as well as a home. Cliff Curtis gives a supremely powerful performance as the mercurial, passionate Gen, who must conquer his demons to lead his team to a national tournament. Superb.