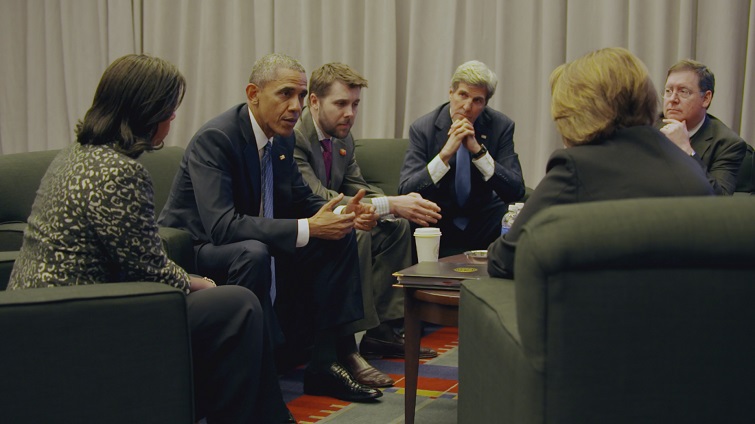 The Final Year will invoke intense nostalgia in those missing the cogency, dignity and quietude of the Obama presidency. With unprecedented access, it tracks Obama and his foreign policy team through 2016 as they travel the world attempting to solidify policies to define their legacy, promote diplomacy over military action and fundamentally change the governmental approach to war and peace. Alongside Secretary of State John Kerry, UN Ambassador Samantha Power and many others, Obama works on the unfolding crisis in Syria (and Russia’s role), the Boko Haram kidnapping, the Iran nuclear deal and the resurgence of white nationalism; before the 2016 election challenges his legacy in unexpected ways.