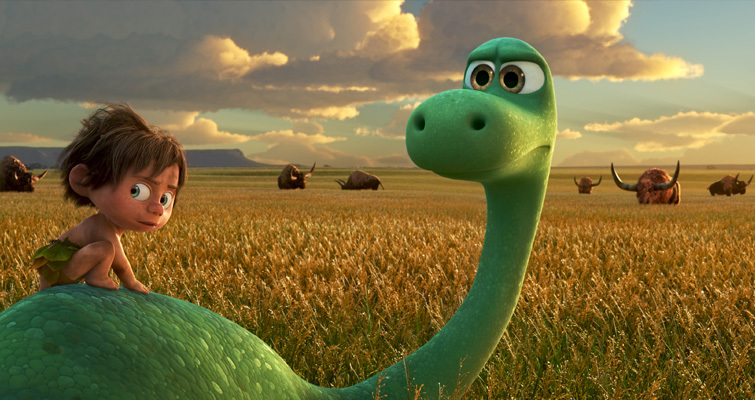 Earth: 65 million years ago. This beautifully realised animation from Pixar, envisions an altered past: in which Earth was never hit by an asteroid, and dinosaurs never became extinct. In this ‘what-if’ scenario we meet young Apatosaurus Arlo, who – after a tragic accident, and finding himself stranded miles away from his family in the Clawed-Tooth Mountains – teams up with the distinctly canine, but human, caveboy Spot (Jack Bright) to survive the frontier-like wilderness. With a quality ensemble voice cast including Anna Paquin and Sam Elliott (as T-Rexes) it’s another joyfully imaginative and entertaining story from Pixar.