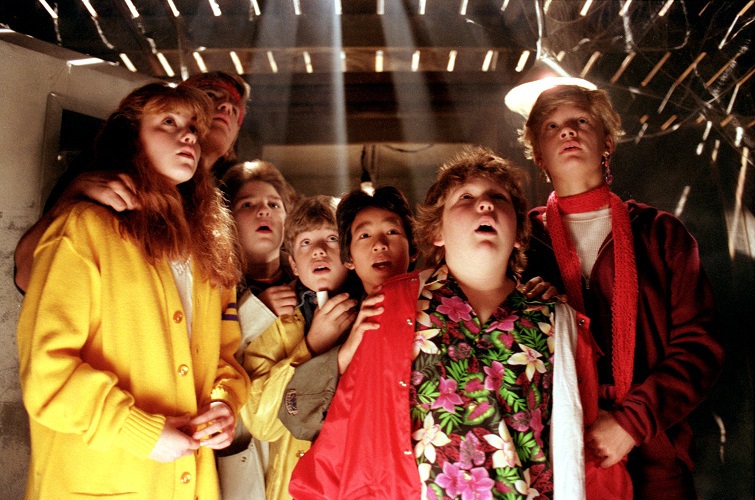 An undisputed classic, Richard Donner’s The Goonies is a delightfully high-spirited story of friendship, camaraderie and adventure. Executive produced by Steven Spielberg (and full of his sense of the magic and wonder of childhood) it follows a group of young boys in the ‘Goon Docks’ area of Astoria, Oregon who, in attempting to save their homes from demolition, discover an old Spanish map that leads them on a quest to unearth a 17th century pirate’s long-lost fortune. But they must also contend with a family of criminals, who seek the treasure for themselves… Starring Sean Astin, Josh Brolin, Jeff Cohen and Corey Feldman.