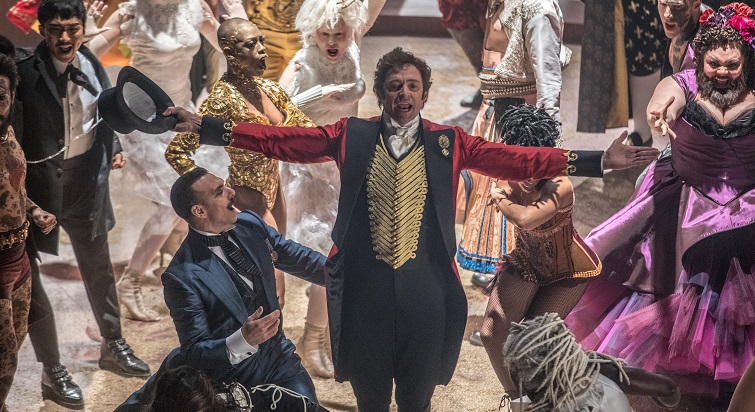 Sing along with The Greatest Showman! Starring Hugh Jackman, Michelle Williams, Zac Efron, singer Zendaya and Rebecca Ferguson, it’s a bold and original musical celebrating the birth of show business. Written by Bill Condon and Jenny Bicks, it tells the story of P.T. Barnum (Jackman); the inspired, visionary showman who founded the worldwide sensation, Ringling Bros. and Barnum & Bailey’s Circus, a travelling circus company billed as ‘the greatest show on Earth’. Featuring songs by Oscar-winning composers Benj Pasek and Justin Paul (La La Land), it’s a paean to the entrancing illusion of dreams and the wonder we feel when they come to life.