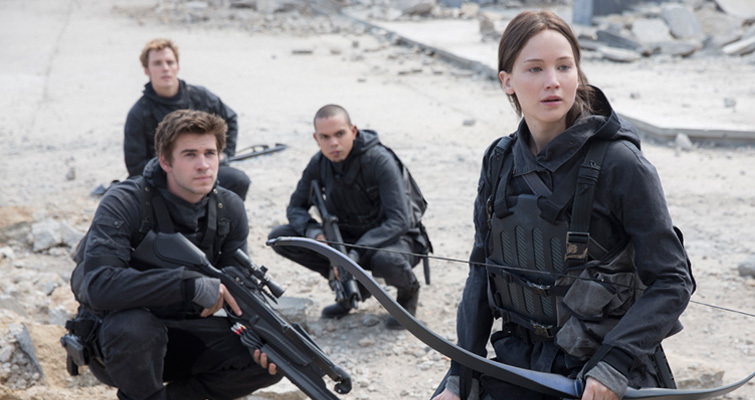 The epic final chapter in the hugely popular dystopian Hunger Games series sees heroine Katniss Everdeen (Jennifer Lawrence) return for her final battle. With the stakes higher than ever, she must team up with her closest friends – including Peeta (Josh Hutcherson) and Gale (Liam Hemsworth) – and complete the ultimate mission. Together they leave District 13 to liberate the citizens of war-torn Panem and assassinate President Snow, who’s obsessed with destroying Katniss. What lies ahead are mortal traps, dangerous enemies and moral choices that will ultimately determine the future of millions.